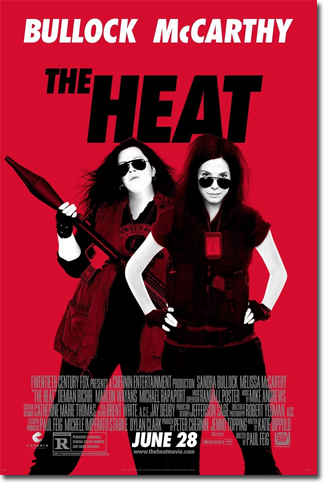 Sarah Ashburn, an FBI agent, is extremely ambitious and has her eye on a promotion, but she doesn’t get along with her co-workers. She is sent to Boston to uncover the identity of an elusive drug lord, Larkin, by tracking down his proxy, Rojas, and is told that she’ll have a good shot at the promotion if she finds Larkin. When she arrives in Boston, she learns that Larkin has been eliminating his competition and taking over their operations. She learns that Rojas is in Boston PD custody and goes to see him to ask him what he knows about Larkin, but is warned that the cop who arrested Rojas, Shannon Mullins, is very territorial, and she is not exactly sociable. When the two meet they don’t get along. When Mullins learns why Ashburn is in Boston, she decides to find Larkin herself. Ashburn is told by her boss to work with Mullins, but it won’t be easy because Ashburn does things by the book while Mullins does things her way.

I haven’t watched many comedy films for quite some time now, since the recent film season has been quite action-and-explosion-oriented, which doesn’t really bother me but sometimes I do like to watch a film that doesn’t have me gripping the edge of my seat and jumping all the time. Even though The Heat technically falls under the sub-genre of action, I was incredibly eager to finally see something funny (and for free too, since my dad and I had free tickets to an advanced screening). I wasn’t too sure about the kind of humour that the film would have, but Sandra Bullock is one of my favourite actresses so I did kind of expect great acting, which I’ll get on to in a little bit.

The Heat is about FBI agent Sarah Ashburn who is assigned with finding a notorious drug lord in Boston and ends up being partnered with Shannon Mullins, a rebellious and territorial police officer. I really liked how straightforward the story is and how smoothly it flowed, and on top of that I loved how funny the film is. There are so many funny moments that I found it quite hard to pick a favourite moment, but my two favourite moments are the scene where Mullins cuts up Ashburn’s clothes and the scene where they get drunk in a bar and dance to Deee-Lite’s Grove Is in the Heart. The action of the film is nicely woven into the humour with some of the action scenes employing good physical comedy, especially when it comes to scenes that show Mullins’s rough authority style.

As a duo, Sandra Bullock and Melissa McCarthy worked together really well. The characters of Ashburn and Mullins are so different from each other that they are an example of a classic comedy duo: Ashburn being the level-headed agent who works by the book, and Mullins being the loud-mouthed, streetwise cop who does things her own way. I loved seeing how they progressed from disagreeing with how the other works, to working together as the perfect team. As I’d said above, Sandra Bullock is one of my favourite actresses and I loved her performance as Ashburn. Her comic timing is really spot-on and in sync with Melissa McCarthy who gives an awesome performance as Mullins, and never failed to make me laugh. I really hope that they do another film together in the future because they worked together really well.

As The Heat is an action film, as well as a comedy, there is quite a bit of action, however, it doesn’t really crop up until toward the end of the film. I would’ve preferred it if it was distributed evenly throughout the film instead of being almost all-at-once. But that aside, I loved how it was two awesome ladies kicking ass and toting firearms, which is something that isn’t seen very often in the male-centric action genre.

I loved the use of music in The Heat, which varies quite a bit. The music used in the opening credits feels quite reminiscent of buddy cop films and TV shows of the 1970’s and 80’s, and there is very good use of licensed music from some awesome female rappers, which really helps to set the mood for some of the scenes that drip with badassery. I don’t think there was any time that I thought that the music use was bad or unnecessary.

Overall, I really liked The Heat. I loved its humour, its heart and its action, but I do wish that the action had been distributed evenly as it does appear in one go towards the end. I will definitely be going to see this film again!