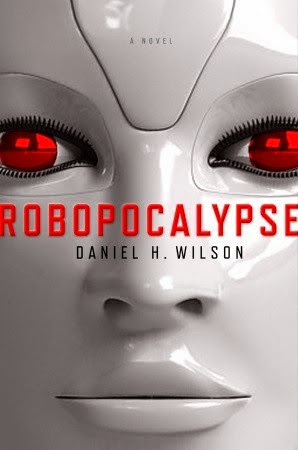 In the near future, at a coordinated moment that goes unnoticed by humans, all the dazzling technology that runs our world spontaneously malfunctions. It unites… and begins to turn against us.


A massively powerful artificial intelligence called Archos is created and cannot be contained. Humanity has no idea when it starts to silently take over our cars, power grids, aircraft guidance systems and computer networks – the entire global system that runs our lives.

In those early months, only a handful of technological glitches are noticed by humans across the glove. Laura Perez, US congresswoman, senses a menacing new awareness in her daughter’s ‘smart’doll; Takeo Nomura, a lonely inventor, is victimized by his domestic robot companion; Paul Blanton, an American soldier stationed in Afghanistan, witnesses the violent meltdown of a military pacification unit; and a hacker in London unwittingly accesses a hidden network and comes face to face with a merciless digital entity.

Known later as Zero Hour, when the robot war suddenly ignites, humankind is both decimated and for the first time in history, united.

We will not be exterminated.

I first spotted Robopocalypse in my local Forbidden Planet shop (which is actually twelve miles away from me) quite a while ago but didn’t have the money on me to buy it. I’d never read books about robots before this, but robots have always seemed awesome to me. The cover reminds me a little bit of the robots in the music video for Björk’s All Is Full of Love. It’s not exactly the same but it is a bit reminiscent. Just a little bit.

I found the plot-line of Robopocalypse to be overall engaging, but I felt that it dragged a bit in some parts. The constant flitting around POVs and locations got a tiny bit frustrating at times since I didn’t know which character would tell their story next. However, the switching does slow down to just two character POVs eventually, which I was relieved at. One thing that bugged me was that a couple of characters seemed to appear just out of nowhere (well, it seemed that way to me).

Robopocalypse is told from the point of view of numerous characters, which makes the attack sound more like it affects everyone on the planet, rather than just one person in one place. I found that the multiple POVs gave the story a lot of depth but I sometimes forgot who was narrating and at other times, didn’t know who or what was narrating at all. It got a tad confusing at times.

I found the writing style to be a mixture of action and suspense, which kept me on edge throughout the book. Again, the multiple POVs confused me at times but I enjoyed them for the most part. I loved being able to hear different people’s stories through their point of view.

Overall, I found Robopocalypse to be an exciting read which kept me on edge throughout. However, the multiple POVs and characters that appear from nowhere frustrated me a bit, as well as certain points that dragged.