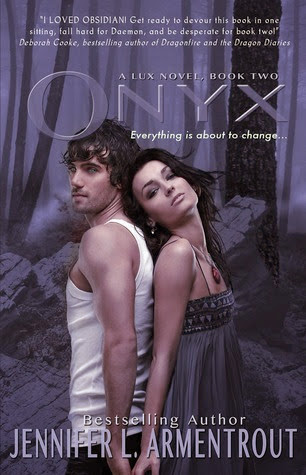 Being connected to Daemon Black sucks…
Thanks to his alien mojo, Daemon’s determined to prove what he feels for me is more than a product of our bizarro connection. so I’ve sworn him off, even though he’s running more hot than cold these days. But we’ve got bigger problems.
Something worse than the Arum has come to town…
The Department of Defense is here. If they ever find out what Daemon can do and that we’re linked, I’m a goner. So if he. And there’s this new boy in school who’s got a secret of his own. He knows what’s happened to me and he can help, but to do so, I have to lie to Daemon and stay away from him. Like that’s possible. Against all common sense, I’m falling for Daemon. Hard.
But then everything changes…
I’ve seen someone who shouldn’t be alive. And I have to tell Daemon, even though I know he’s never going to stop searching until he gets the truth. What happened to his brother? Who betrayed him? And what does the DOD want from them – from me?
No one is who they seem. And not everyone will survive the lies…

Since I DNF’d the book that I read before reading Onyx, I still had Obsidian fresh in my head and was more than eager to delve into more hot aliens. Well, more Daemon to be specific, but there’s nothing wrong with that, right? I was really hoping that the main body of the story wouldn’t take too long to get into as it did with Obsidian but other than that one little hope, I was expecting awesomeness. And I got that awesomeness to the point that I liked Onyx just a little bit more than Obsidian.

Onyx starts a couple of days after where Obsidian left off, so there isn’t a lengthy absence of action that needs to be explained (one of my biggest pet peeves ever). After being sick and recovering unusually fast, Katy notices something weird happening to her. She doesn’t find out what exactly it is that is happening to her until new boy Blake arrives in town. From there, a lot of sexual tension and even action follows. Onyx’s story is definitely one of the major reasons why I liked it more than Obsidian. The story doesn’t take too long to get into and I was hooked from pretty much the first page. There wasn’t a single moment that I found boring; every part of the book was exciting, even the slower parts. For me, Onyx was one of those books that I just didn’t want to end. I got the last page and just didn’t know what to do with my life (I’m unable to buy Opal as of right now). I loved how there was a good mixture of action and steamy sexual tension in Onyx, I haven’t read anything so steamy and tense at the same time since I read Sweet Evil, and since I’m not an expert in romances or anything like that, it hit me like a ton of bricks since I really didn’t expect it.

I thought that the characters of this series couldn’t get any better and boy was I wrong. I love how Katy becomes stronger in terms of who she is as a person as she story progresses and I like her even more than I did before since she just kept getting better and better as the story progressed. Whenever Daemon had chewed her out she didn’t sit around like a little lovesick puppy, she would get up off her butt and do something that would put her mind at ease, which is something I just love seeing girls doing (seriously, there is nothing I hate more than when a girl goes near-comatose over some boy). Daemon, on the other hand, is still a dick but that doesn’t really matter because he now has a reason to. It’s better for a boy to have a reason as to why he acts the way he does than for him to do it for no reason whatsoever. In Onyx, it becomes clear that Daemon is a dick because he cares about Katy, which, I am not ashamed to admit, made me majorly swoon to the point that I wished that I were Katy, the lucky thing. Even though I’ve never been in a real-life relationship (or had anything to do with boys at all), I am ready to admit that fictional boys are better than real boys. Well, to an extent since there are some fictional boys that aren’t better than real ones. Take Blake, for example. I had to completely agree with Daemon as I had a bad feeling about the dude when he was hanging around with Katy too. Dude didn’t seem right and then once everything was revealed about Blake, I was really impressed with how well-concealed and constructed he was. There’s nothing I like more than a good deception.

I said in my review of Obsidian that I love the voice that Armentrout gave Katy and in Onyx, I loved the narration and writing style even more. Everything just seemed a lot more if that makes sense. More humour, more suspense, more sexual tension and I just loved every bit of it. More is definitely more when it comes to books. Throughout the book, there is a sort of feeling of terror surrounding the DOD since even though they’re not there; you just know that they’re doing something malicious without anyone knowing it. Up until the DOD actually does make a physical appearance, they feel like a malicious force that is indirectly messing with the characters which has a more terrifying effect than if they were physically there all the time since sometimes things that you can’t see are scarier than things that you can.

In my experience with pretty much everything, the sequel is usually not as good as the first one. That’s not the case with Onyx. I really did like this book more than Obsidian, everything was just awesome. I got a lot more of a lot of things: more action, more suspense, more sexual tension and, of course, more Daemon who I am growing to love more and more. I’d said in my review of Obsidian that it was the best book that I’d read so far. Onyx has taken that title away and given it to itself thanks to its steamy-ness and action, which is a better combination than it sounds. Now, if you’ll excuse me, I’m off to wait for money so that I can buy Opal.