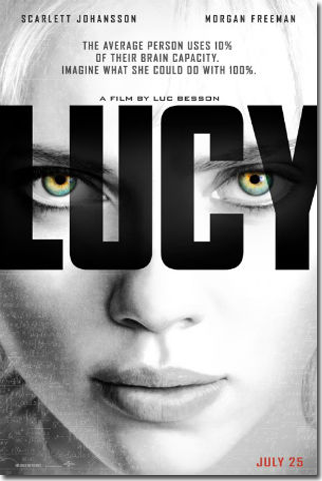 It was supposed to be a simple job. All Lucy had to do was deliver a mysterious briefcase to Mr. Jang. But immediately Lucy is caught up in a nightmarish deal where she is captured and turned into a drug mule for a new and powerful synthetic drug. When the bag she is carrying inside of her stomach leaks, Lucy’s body undergoes unimaginable changes that unlocks her mind’s full potential 100%. With her new-found powers, Lucy turns into a merciless warrior intent on getting back at her captors. She receives invaluable help from Professor Norman, the leading authority on the human mind, and French police captain Pierre Del Rio.