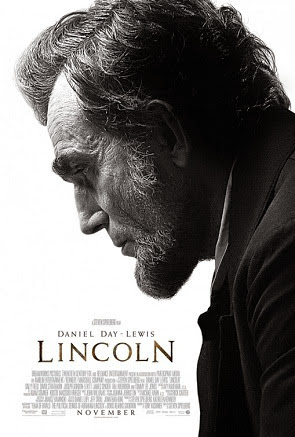 In 1865, as the American Civil War winds inexorably toward conclusion, U.S. president Abraham Lincoln endeavours to achieve passage of the landmark Constitutional Amendment which will forever ban slavery from the United States. However, his task is a race against time, for peace may come at any time, and if it comes before the Amendment is passed, the returning Southern States will stop it before it can become law. Lincoln must, by almost any means possible, obtain enough votes from a recalcitrant Congress before peace arrives and it is too late. Yet the President is torn, as an early peace would save thousands of lives. As the nation confronts its conscience over the freedom of its entire population, Lincoln faces his own crisis of confidence – end slavery or end the war.

Prior to watching Lincoln, I had very little knowledge of American history. That can mainly be attributed to the fact that I am not American and in our British schools, we learn history about Britain (mainly England). The only US history I knew of prior to watching the film was the Civil Rights Movement (which included a little bit of the Civil War) and I knew some things about George Washington that I wasn’t taught in school (his ancestral home is in the town over from me, and Washington D.C. is a sister city to where I live). But that aside, I have always taken an interest in Abraham Lincoln and what he did for America so as soon as I heard of this film I wanted to see it. As soon as I learnt that Steven Freaking Spielberg is the director, I became rabid and pestered my Dad for weeks to come see it with me (I ended up going with my mum instead and she fell asleep since it was pretty late at night). At the beginning of our screening, there was something wrong with the screen: the projector was placed a bit too far forward and had to be moved back to fill up the entire screen. To do so, the projectionist had to move the machine backwards but also tilted it up at the same time. It was somewhat amusing to see the opening credits travel up to the ceiling and then the film appeared on the full screen along with a “sorry everyone!” from the projectionist. Oh dear.

I’ve never really been a fan of films based on true stories, especially ones that are pretty much common knowledge, because I know what’s going to happen in the end. However, with Lincoln I ended up learning a lot of things that I didn’t know before. For me, the film’s plot was one big, highly interesting, history lesson. Before going in, I knew the basic parts of the plot: Lincoln wanted to bring in a new Amendment that would abolish slavery forever; the Amendment was passed and slavery was abolished; Lincoln was assassinated by John Wilkes Booth in Ford’s Theatre. What I didn’t know was that there were so many people who were opposed the Amendment and voted against it in what is possibly the tensest part of the film. Even though you know what the outcome is going to be, it is so tense, mainly because I didn’t know who was going to say yes or no (the nay-sayers names were changed to not embarrass their descendants . Everytime there was a particularly long pause, I was hoping for someone to vote yes, which is a bit silly because I already knew how it was going to turn out. (Slight spoiler alert coming up here!) The one thing I found to be very interesting about the way the story was told is that when Lincoln is assassinated, the scene doesn’t take place in Ford’s Theatre, it instead takes place in another theatre where Tad, Lincoln’s youngest son, is watching an Aladdin play when a man runs onto the stage and announces that the President has been shot. I’m going to assume that Spielberg’s reasoning for this is dramatic effect since sometimes not seeing a character fall victim of an action that leads to their death is more dramatic and shocking than it being shown on-screen. And believe me, it works here. I still have the image of Tad Lincoln screaming and holding onto the barrier of the theatre balcony imprinted in my head.

There is no other way for me to describe the cast of Lincoln other than holy crap they were awesome. I really didn’t know what to expect of Daniel Day-Lewis since I hadn’t seen any of his films prior to this nor did I know what to expect of Sally Field because I’d only seen one of her films (although I didn’t know that before I looked her up on IMDb and saw that she was in Forrest Gump). However, I did know what I was going to expect from Tommy Lee Jones since I’ve seen quite a few of his films so I’ll start with him first.

After watching the film, I looked up most of the major characters in the film and I specifically made a point to look up Thaddeus Stevens, who is played by Tommy Lee Jones in the film. On Wikipedia, Stevens is described as being ‘a witty, sarcastic speaker’, which I think just suits Jones right down to a T. While I did initially think that Jones had been typecast, as the film progresses I saw that Stevens is dissimilar to some of the characters that he has played in the past mainly because Stevens isn’t a ‘tough-guy’ kind of character and is quite level-headed, which I really liked about him.

Sally Field’s performance as Mary Todd Lincoln (who is never actually called by her proper first name at all; Lincoln calls her Molly and just about everyone else calls her Mrs. Lincoln) was just wonderful. That is the perfect way to describe it: it was wonderful. Even though Mrs. Lincoln isn’t the most mentally stable of people, she still has that First Lady essence to her, particularly when she is greeting guests at Lincoln’s inauguration. I think what I liked the best about Field’s performance is that she was able to really show both sides of Mrs. Lincoln’s mental state: the one that everyone saw and the one that possibly only her husband saw. I really got a feel of how she must have acted in private, especially when she argues with her husband over their son, Robbie, joining the army.

And finally, Daniel Day-Lewis’ performance as President Abraham Lincoln. Oh. My. God. I know I said I didn’t know what to expect from him, but I had absolutely no idea that he is this good. For some reason, I expected Lincoln to be a bit harder than he really was, but Day-Lewis portrayed him as someone is actually quite warm-hearted, especially in scenes where he is not performing any President-ly duties. I didn’t expect Lincoln to be the family-man kind of person mainly due to the fact that he was the President. To me, that really showed how much he cared for the people of his country and how he wanted the war to end, especially where his son Robert was concerned. I liked that Day-Lewis made Lincoln somewhat relatable because he seems like a specific family member that we all have. For me, he reminded me just a little bit of my dad. He reminded me of him because my dad has a temperament that is similar to Lincoln’s. He is usually very calm and relaxed and he often gives stories about things that have happened in times gone but if he is pushed beyond his limit, he snaps. The scene in which Lincoln tells his cabinet that the war needs to end immediately is the turning point of the film as this is, I think, when Day-Lewis shows what he can do. I can honestly say that I hope that he wins an Oscar for his role.

[pounds his hand on a table as his cabinet squabbles] I can’t listen to this anymore. I can’t accomplish a goddamn thing of any worth until we cure ourselves of slavery and end this pestilential war! I wonder if any of you or anyone else knows it. I know! I need this! This amendment is that cure! We’ve stepped out upon the world stage now. Now! With the fate of human dignity in our hands. Blood’s been spilled to afford us this moment now! Now! Now! And you grouse so and heckle and dodge about like pettifogging Tammany Hall hucksters! – Abraham Lincoln

With Spielberg, I have particularly high expectations for cinematography. Every single one of those expectations were met. Seriously, the way that Lincoln has been filmed is just spectacular. Even though Spielberg and his crew don’t use any particularly fancy filming techniques, the film just looks really polished and immaculate. One thing that I picked up on is that Lincoln’s physical height is really emphasised when he is standing next to other characters. The real Lincoln stood at 6’4″, while Daniel Day-Lewis is 6’1.5″ (1.87 m) so I’m going to assume that Spielberg might have used the same technique that is present in all of Tom Cruise’s films to make Day-Lewis look just a little bit taller. Another thing I picked on are the physical tones that are used in specific scenes. For example, in scenes that involve Lincoln spending time with his son, Tad, the tones are quite warm and homely, whereas in scenes that involve war, the tones are cold. Nice work, Mr. Spielberg.

A Spielberg film isn’t a Spielberg film without a musical score composed by John Williams. In Lincoln, we get a really, really fantastic John Williams score. Although there is little music for the first 30 minutes (I’m making a guesstimate here), once the orchestra starts, you just know that it’s John Williams doing the music like the musical genius that he is. I love how there is a victorious feel to the score, especially towards the end of the film, and to me it’s the kind of music that you would expect to hear in scenes that are just filling to the brim with American patriotism.

Steven Spielberg still has yet to disappoint me. Despite a little hiccup that the projectionist had at the beginning of the screening I was at, I loved this film so much. I’m not really a fan of historical dramas or films that are based on real events, but I have a feeling that this film has changed my mind about it. I don’t usually tend to see films more than once when they’re out in the cinema, but I think I definitely will go see Lincoln again. Possibly alone. And during the day.