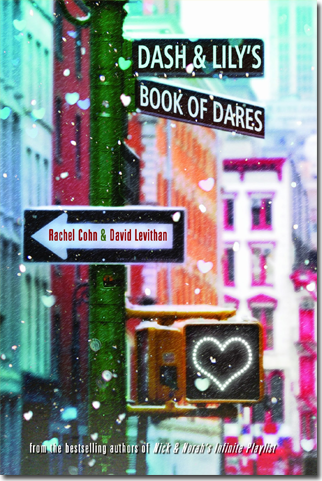 I’ve left some clues for you.
If you want them, turn the page.
If you don’t, put the book back on the shelf, please.
At the urge of her lucky-in-love brother, sixteen-year-old Lily has left a red notebook full of dares on her favourite bookshop shelf, waiting for just the right guy to come along and accept.
Curious, snarky Dash isn’t one to back down from a challenge – and the Book of Dares is the perfect thing to keep him occupied this Christmas.
As they send each other on a snowbound scavenger hunt across Manhattan, they’re falling for each other on paper. But finding out if their real selves share their on-page chemistry could be their biggest dare yet.