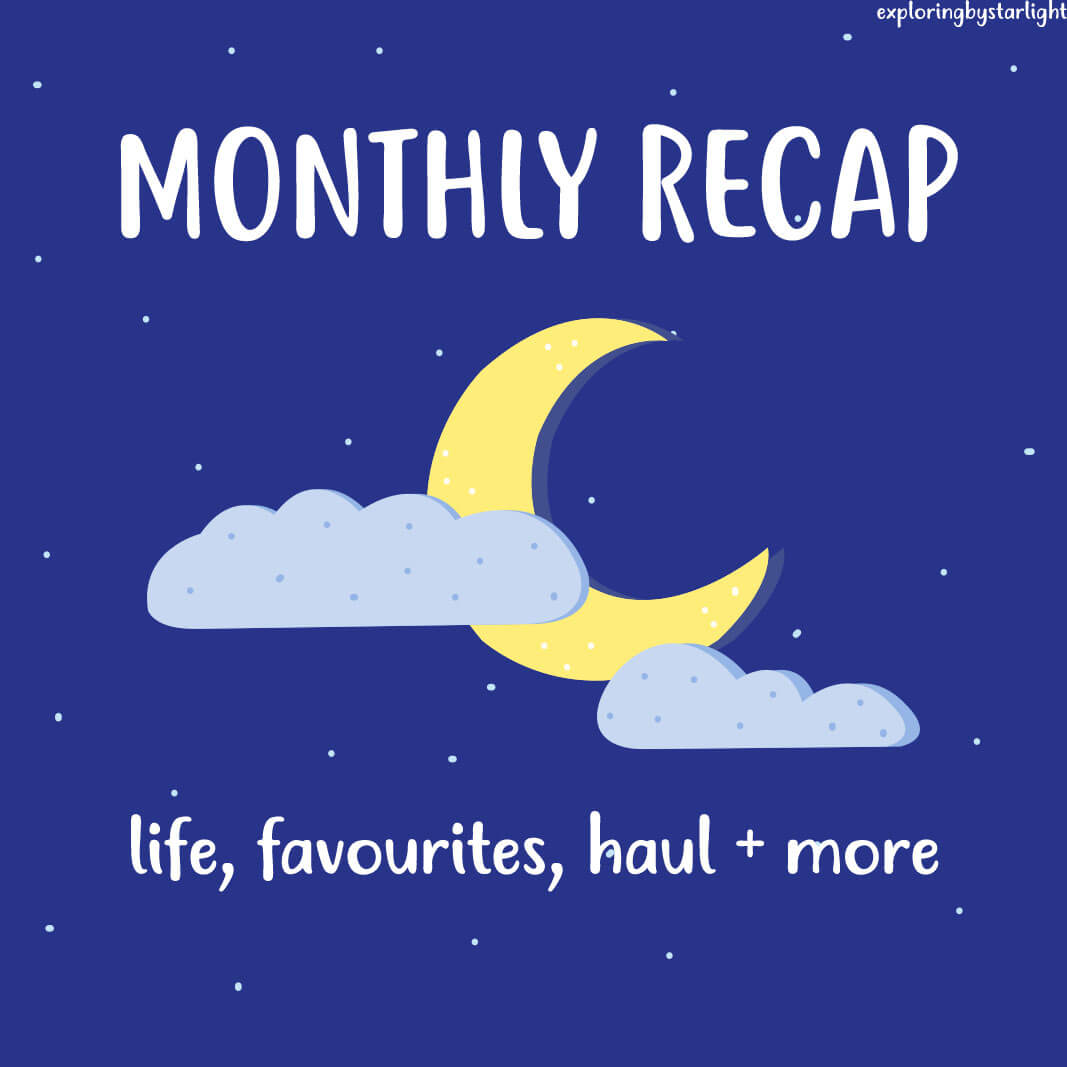 Happy St. Andrew’s Day, friends! I’m not Scottish, but I live close enough to Scotland to say that. Plus, nobody really celebrates St. George’s Day in England other than religious people and ultra-patriotic people/nationalists. Both of which I am not. Ahem.

So, at the very beginning of the month, in true tradition, I caught a cold. I’ve been getting a cold at the end of October/beginning of November routinely for the past four years but this time I haven’t gone anywhere where I could have caught it from so where the heck did I get a cold from? What a mystery.

Also, at the beginning of the month, I got my final grade for my Masters degree and I got a distinction! In all honesty, I thought that I would get at least a merit (that’s me being realistic) because I didn’t get the grade I was aiming for with my Bachelors degree, so I’m more than happy to have earned a distinction. Mainly because I got lots of money as a reward. Kaching. I have no idea what I’m going to do next because I don’t think I could handle doing a PhD. PhDs at my university are self-study only and then at the end you have to give an oral presentation of what your research is and my nerves would just not let me do that. No, siree bob. My main goal is to be an author but that can take years so in the meantime I’m probably going to try to find library jobs because I have wanted to be a librarian since I was twelve years old.

Although I did plan to participate fully in Sci-Fi Month this year, I kind of dropped off the radar somewhere in the middle of the month because the entire internet burnt me out. I haven’t been posting here or on Twitter for a couple of weeks, and I haven’t been active on Instagram for over a month, but that one’s for a better reason. I do have a post planned next month to talk about this, but Twitter can be such a hostile place sometimes and I don’t need that.

Yesterday (29/11) I graduated! It was a good day despite the fact that I had a raging headache all the way through the ceremony and my anxiety was on red alert and I wasn’t allowed to leave. Also, my parents had the misfortune of sitting in front of a racist family who felt the need to comment on every single African, Arab, and Desi name that was said. I wouldn’t expect any less from ignorant white people in the North East of England but there’s still no need for that. But I did get another stuffed animal and we went out for dinner after so it was a good day.

In case you haven’t noticed, I also changed my template! The last template I had was a free one that I just found online and it was bugging me because posts were disappearing from my homepage and I thought that it was the template breaking but it turns out that that wasn’t the case. Auto-pagination is a pain in the captain’s quarters. But I still got a new one anyway because the old one had a problem where it simply refused to show how many comments I had on a post and the only way to fix it was to completely break the formatting. And das not good. I prefer this one that I have now but I might make the font a little bigger because it’s a wee bit small.

Last thing before getting onto the rest of the post, I have exciting news! I’M GETTING A KITTEN TOMORROW!!! I haven’t had a cat for just over three years because we got a dog just before our last cat died, and I’ve had such bad withdrawal symptoms. I mean, I love my dog and he’s my baby but I just like cats more than dogs because they’re so chill. And here he is: 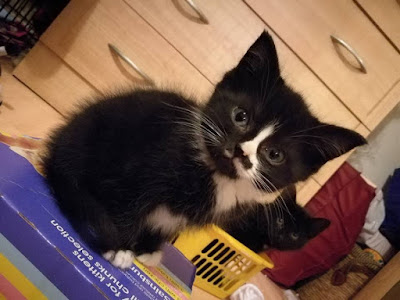 I got to name him and I chose to call him Charlie because he looks like he has a toothbrush moustache just like Charlie Chaplin. We’re bringing him home tomorrow and I can’t contain how excited I am because the last time my family had a kitten I hadn’t been born yet and now I can finally have one 😭

Okay, to say that this was more of a “TV and movie” month is a wee bit of an understatement.

There’s Someone Inside Your House by Stephanie Perkins – I have been pining over this book ever since it was first announced and when I finally get it, I get it for £4 instead of £7.99 because I bought it in the supermarket. Oh yeah.

All the Crooked Saints by Maggie Stiefvater – I won’t get to read this book until next year because my December TBR is already all planned out, but I am still excited about it.

They Both Die at the End by Adam Silvera – Same goes for this book because I finally caved and bought a Silvera book. Well, “caved” is probably the wrong word to use because I have actually wanted to read this book for a long time now.

Crooked Kingdom by Leigh Bardugo – I still haven’t read Six of Crows because I suck, but I do plan to soon. Again, I won’t get around to this book until January. Also, the copy I have isn’t the same height as my copy of Six of Crows. Grr.

Favourite book: Lois Lane: Triple Threat but that’s probably because it’s the only book I technically read this month. Oops.
Favourite movie: Ooh, don’t make me choose, I watched a few favourites this time around.
Favourite TV show: I haven’t watched the original Futurama run for a good few years but it’s always going to be one of my favourites.

Favourite thing I did: Graduate, of course! And get to meet my new kitty before we take him home tomorrow.

Finish writing my about page: You may or may not have noticed, but I deleted everything on my about page because I’m rewriting it from scratch. I don’t know why, but about pages can be so difficult. I can do bullet points of random facts about me and tell people my favourite things, but actually writing about myself in full sentences without being self-deprecating and calling myself awful? Now that’s difficult. At the moment it’s about half done in my drafts so I need to stop slacking off and finish it because I’ve had the same information on it for over a year.

Remember to keep money for Christmas presents: I am a big supporter of retail therapy and it very often lands me in hot water. I’ve been broke for a very long time, but now since I’m getting ESA I need to be smarter with my money. And by that, I mean not spending it all on myself because I have parents and a brother to buy presents for. And so far, I’ve only bought my brother’s present.

Try to get more reading done: I am currently six books behind on my Goodreads challenge and I actually want to complete it this year because it’ll be the first time that I do. I am planning to read a lot of manga next month because they’re good for meeting challenges, but I do want to read more novels because I kind of miss reading.

Keep on top of blogging: I miss you all! As well as posting more often, I want to make the rounds too and keep on top of leaving comments and also replying to my own which is something I forget to do all the time. And that ain’t good.

How was your November? Did you do anything exciting? Make any new favourites? What are you looking forward to in December?